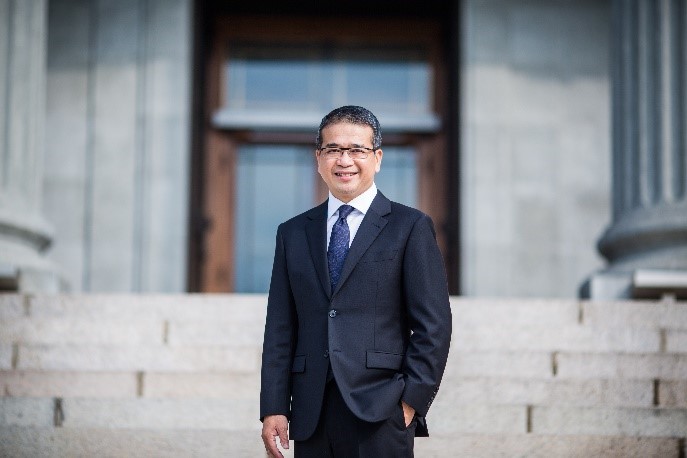 Mr Edwin Tong S.C. is the Senior Minister of State for Law and Health.

He was educated at St Joseph’s Institution and later read law at the National University of Singapore. Admitted to the Singapore Bar in 1995, Edwin’s core practice areas were in corporate and commercial disputes, restructuring and insolvency matters, and international arbitration. He was made partner at Allen & Gledhill in 2000 and later appointed Senior Counsel. Prior to being appointed Senior Minister of State in July 2018, he was Head of the Allen & Gledhill’s Restructuring and Corporate Insolvency Department, and also Co-Head of the Litigation & Dispute Resolution Department.

Edwin has been consistently cited and recommended for his expertise in dispute resolution and as a restructuring and insolvency practitioner in various leading legal publications. Chambers Asia-Pacific has described Edwin as “an outstanding lawyer” and “a renowned name in the market” (2017), as well as “one of the pre-eminent practitioners” (2018) in Singapore. The Legal 500 Asia Pacific cites Edwin for his “excellent leadership, hands on approach and strategic outlook” of his practice and, in the 2018 edition of IFLR1000, he was ranked as a “Market Leader”, recognising him as a standout performer in the field of restructuring and insolvency.

Edwin was first elected into Parliament in 2011 and, since 2015, has been the Member of Parliament for the Marine Parade Group Representation Constituency (GRC). Between 2011 and July 2018, he was the Deputy Chairman of the Government Parliamentary Committee (GPC) for Law & Home Affairs. In March 2018, he was selected to be part of a 10-member Select Committee tasked to look into ways to combat deliberate online falsehoods.

He was a member of both the Insolvency Law Review Committee as well as the Committee to Strengthen Singapore as an International Centre for Debt Restructuring, which recommended significant changes to the insolvency and restructuring laws which aim to enhance Singapore’s effectiveness in facilitating international debt restructuring.